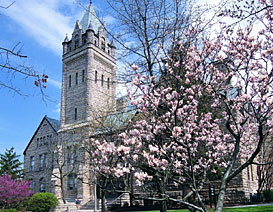 The rate and volume of change in higher education has been greater over the last decade than ever before. As a result, the need for outstanding leadership at all levels of senior administration has accelerated rapidly and become increasingly critical.

As the president of TBC Consulting, LLC, Dr. Thomas Courtice brings sophisticated, effective, and personal counsel to colleges and universities. His understanding of higher education’s changing financial models, the increased need for strategic thinking and planning, the use of more precise enrollment marketing and branding techniques, and the shifting patterns of philanthropy has resulted in his successful consulting practice over the last decade and a half. 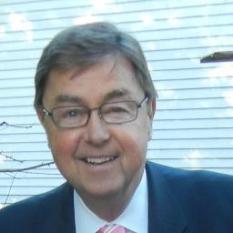 Dr. Courtice has completed sixteen years of successful search consultancy. Since launching his search practice in 2005, he has personally completed over 130 searches with an emphasis on presidential leadership for independent colleges and universities. Just under 88 percent of the candidates recruited and placed with his help in the last decade are still in office and nearly 40 percent are women or persons of color. This record speaks clearly to the quality of the outcomes that he has fostered with individual campus clients.

Until 2010, Dr. Courtice was associated with Academic Search, Inc. and served as that firm’s president from 2008-2010. In the subsequent five years, he served as Associate Managing Principal and then Managing Principal at AGB Search, an affiliate of the Association of Governing Boards. In December 2015, he retired from AGB Search in order to gain flexibility as an independent consultant, focusing his service on institutions for which he has a special affinity and to which he can devote uncompromised attention.

As a reflection of his experience as president of three independent colleges, he has developed a reputation nationally for successfully cultivating topflight leadership at a time of rapid change and challenge in higher education. His presidencies at Ohio Wesleyan University (1994-2004), West Virginia Wesleyan College (1986-1994), and Westbrook College (ME) (1977-1986), and his early work as a faculty member and administrator at Hamline University (MN) (1967-1977) have provided an uncommon basis for understanding the qualities necessary for future leadership in the academy.

His further engagement in higher education includes service on the Boards of Trustees at Wells College (NY), Ripon College (WI), and Hilbert College (NY), the Advisory Board of the Appalachian College Association, the NCAA Executive Committee, and several educational associations. He has also been an invited speaker and presenter at meetings of several national associations, having participated recently in AGB’s National Conference on Trusteeship, CIC’s Presidents Institute, and ACE’s Advancing to the Presidency Seminar.